The cello’s deep bass makes its way through the night, a dige­ridoo sound mumbles archai­cally to it before one of Fried Dähn’s light-handed melo­dies draws an arch over an intri­cate groove, brin­ging toge­ther ever­ything that distin­guishes the Tübingen-based electro cellist and his new album. His musical lines do not conceal the fact that Dähn was formed in the seven­ties, through a balan­cing act between clas­sical music, good old jazz rock and eclectic giants like Frank Zappa. But, as a member of the legen­dary Ensemble Modern who had the honor of recording Yellow Shark, the last Frank Zappa album released during his life­time, and who has since been able to set high­lights of his own with a wide variety of projects ranging from jazz, avant-garde, world music and clas­sical music, Dähn is also addicted to the new.

What is possible in the field of elec­tronic music? What can you get out of a cutting-edge e‑cello, that he helped to develop, from the instru­ment itself? What possi­bi­li­ties do loop machines, samplers and many other tech­nical inno­va­tions offer? The clas­si­cally trained cellist, who embraces expe­ri­ment, moves without gravity into the pulsa­ting core of a musical universe, that has expanded expo­nen­ti­ally in recent years, on his solo (in the true sense of the word) album.

“Last Order” is the opener, which draws the listener into this world of Dähn, with a lot of finesse in a finely struc­tured, trans­pa­rent manner. Airy and sensi­tive strokes, roughend harmonic garlands and percus­sive bowings lead deeply into rich textures of harmony. It is a musical opening par excel­lence, which opens the space for the “Blues 54”, a Dähn classic that was created in the early days of his electro cello awake­ning. At first, the gate to this piece widens groa­ningly; then heavy 5/4‑time swin­ging arches soaked with a lot of blues make their way, doub­ling and inter­lo­cking in best Ponty style, to wake up the rock in chamber music. This then discharges furiously into a solo with plenty of over­drive in the unmistakable Fried Style.

“Now & Then” also shows how Dähn, the boundary crosser, pushes the limits of sound. “Secret” is a sound journey into extra­or­di­nary expanses, previously undis­co­vered terrain. The elec­tri­fied cello creates worlds of sound for the flight of the mind and abstrac­tions, which are given exactly the space they need to develop fully. Here, the listener can let himself fall very low before being caught by the Z‑Tune and the magic of a melody arc with a Nordic influ­ence, in which the cello comes very close to the human voice, not only because of its range. Driven by an undu­la­ting layered beat struc­ture, “Z‑Tune” moves in a timeless vacuum towards a solo in which the cello is closer to the Moog synthe­sizer than a string instrument.

With “Shake It Easy”, Fried Dähn goes on a musical journey of disco­very and ends up some­where in Africa. The cello not only plays the bass as authen­ti­cally as Richard Bona, it also scree­chingly takes over the ritual choir or the solo of the cala­bash. More import­antly: it accu­rately reflects an atti­tude to life. Joyfully spar­k­ling, shrill and lively, but also with the hum of a riff series with plenty of rock drive and Soweto melan­choly. Of course, the string player takes over all percus­sive tasks with and without bow, with the fingers very close to the related Afro pulse.

In “Add”, Fried Dähn shows his penchant for timel­essly good elec­tronic music; after all, count­less of his past compo­si­tions were also created on the computer. Here it is now the care­fully set, zipping and dancing sounds from the drum computer, which dribble under an alter­na­ting harmonic bass struc­ture and open up a very wide playing space. Minimal music in compressed format. Yeah, we’ve got plenty of time. Just let go, listen, let go. Space, wide hori­zons, distant views – the deeply relaxed sound­track for a cool trip of the soul makes the created images in the mind never want to end.

In “Out of One”, a mono­lith carried by heavy riffs is slowly sanded away from the surf of the sea, with the cello setting the pace. Here, too, the master of the four strings shows his good sense of well-crafted rock, because the earthy weight of the quivering foun­da­tion is brought into ideal balance by a feather-light melody. And yet Out of One, with its little more than three minutes, is much more than just a finger exer­cise or evoca­tion, for the right measure of length also distin­guishes a good composer.

Like the other compo­si­tions, Friends has under­gone count­less trans­for­ma­tions in the produc­tion and studio process, in which Dähn was able to dig ever deeper into the core of his own work, even in times of Corona lock­down. The original plan, to create the album in the studio from session frag­ments, deve­loped into a highly focused sound adven­ture. In “Friends”, a pendulum-like swing of the inter­lo­cked cello lines and a rich bass run turns into a nodding house beat, that opens the way for a keyboard-like harmonic sound­s­cape and a rever­berant melody. Here too, in this slow-motion club expe­ri­ence, ever­ything is cello-based.

In “Mesh”, Dähn dives right into the melan­choly of Gregorian chant, and as so often in his pieces, bass lines set the tone. Wistfulness, doubts, deep cuts – all this was absorbed in this folk­lo­ris­ti­cally filled latti­ce­work of intense feelings, only to be shaken again and again by discordant effects. The cellist with an incli­na­tion for beau­tiful melo­dies is always a realist who must give his ideal musical world rough edges as a coun­ter­ba­lance. Against the grain, but not against it all.

It is in keeping with Fried Dähn’s character that he does not round off his personal “Tubular Bells” album with one of his own clas­sics, which have been earwor­ming a variety of live audi­ences for many years, but with “Wolves and Viruses”. This was origi­nally created live in the Trochtelfingen-based WhiteFir Studio without over­dubs with the loop machine, but was trans­formed over weeks from a pure impro­vi­sa­tion into a dynamic giant. Over a lashing beat, a wide variety of sound frag­ments are layered, while a theme of only four notes grows into a stream and the solo voice heralds the album’s open end with plenty of boost and jazz feeling. The finale of “Now & Then” is a soloistic snapshot which musi­cally has the future in mind – a future in which ever­ything seems possible for Fried Dähn.
(Udo Eberl) 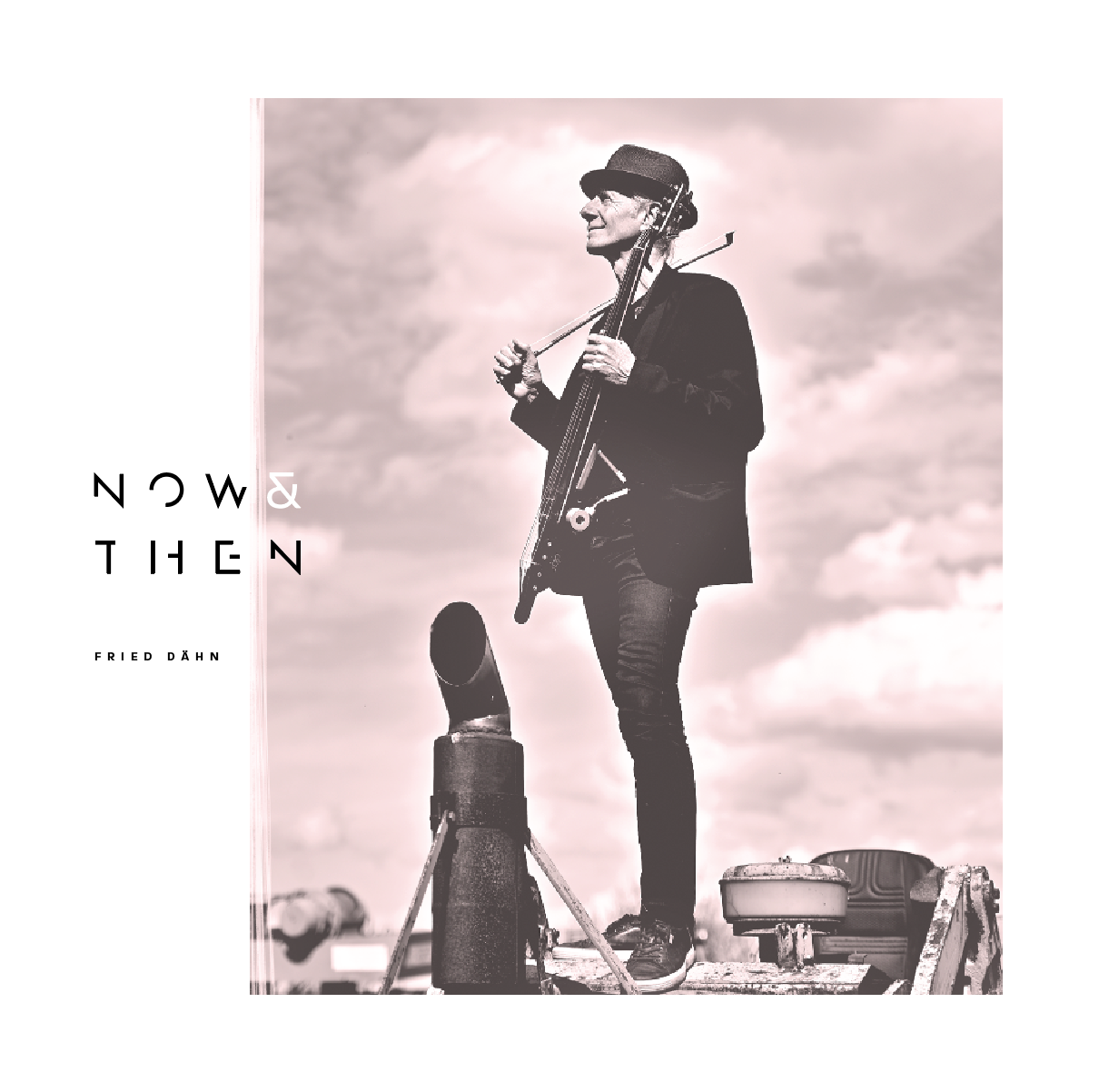